A creek is not a river. But, a creek is like a river.

Big cities are built on rivers. For a small town, the creek is your river.

There was a creek in Little Bethany. It divided the town in half.

The Eastside was the territory of the Roy family. Their large mansion sat at the edge of town. Denton Roy was in the lumber business and owned most of the buildings. The made the Roy side of the creek the side of commerce.

The Westside was almost entirely Parton territory. Their sprawling ranch touched every remaining acre of Little Bethany. So, the Parton side of the creek was cattle country.

Children of both families played in the creek. The women did the wash. The men fished and drank whiskey, smashing the empty bottles against wet stones and firing their pistols at helpless turtles.

Or they used to do those things before the fighting began.

Big cities are built on rivers. For a small town, the creek is your river.

There was a creek in Little Bethany. It divided the town in half.

When young Peter Roy snuck bride-to-be Hannah Turner out the back of the wedding tent, the war started. Old Matthew Parton, the scorned groom, his brother Arthur and the whole Parton clan swore vengeance on the Roys. Five years on each side had eight dead.
The blood feud put the town of Little Bethany in a deep economic recession. Very little got built. Almost nothing was traded. Only the Undertaker, the hardware store owner, with his stock of firearms and cartridges, and the Methodist Church saw steady business.

The Methodist Church of Little Bethany remained the only public space free of conflict. The saloon, the bank, and the once-thriving hotel were fair game for gunfights. Sundays at the church were off-limits, even though it was strictly Roy territory. The Partons were Episcopalian. Still, they weren’t going to launch an attack on a Sunday morning at Roys exited morning service. Even against Methodists.

Except, of course, for that Sunday.

Aaron Lease was charging into town.

Aaron Lease didn’t give a wipe or a wiggle about a sanctuary, or sacred spaces. The only thing Aaron cared about was killing Henry Roy.

Aaron Lease didn’t give a wipe or a wiggle about a sanctuary, or sacred spaces. The only thing Aaron cared about was killing Henry Roy.

Aaron Lease was tall. His hair was a blonde color so brassy it seemed silver. His legs ran long and muscular; his chest broad and thick. He stood with shoulders rolled back, chin tucked in. The wide brim of his soft grey felt hat cast a shadow over cloudy eyes.

Aaron wore two six-shooters on his hips and kept a Henry rifle tucked in the left side of his saddle. On the right side of the leather, he carried a Confederate officer’s sword and scabbard. The sword was said to be a gift from Col. Lavar Nathan, renowned former Texas Ranger, and the then Lt. Governor of the state. Col. Nathan was known to be Aaron’s daddy. Aaron’s momma, an outcast cousin of the Parton clan, lived in relative comfort in neighboring Fort Prosper. Legend had it Col. Nathan sent her a monthly allowance. Along with the sword, he gifted his bastard his silver pistols.

Many believed that the Lt. Governor kept the boy out of prison and clear of prosecution. Others said that no lawman in the state was dumb enough to go against the young killer. Aaron Lease was widely recognized to be the deadliest gunman in Texas. And though he’d killed one Roy, Henry and Peter’s older brother Tanner, shot clean through the eye and skull, Aaron Lease had no love for the Parton clan and paid little attention to the family feud.

END_OF_DOCUMENT_TOKEN_TO_BE_REPLACED 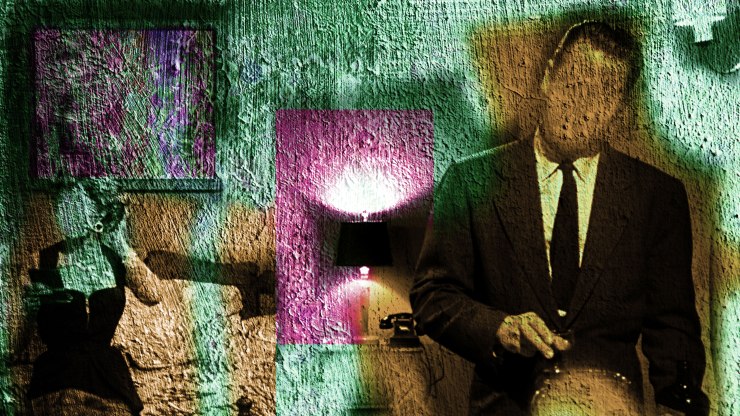 This hotel room was where they would wait, the ex-cop and the gangster’s moll.
She’s out of patience, and he’s out of ice.
The clock on the wall reads 3 am. Cabs and bums howl below.
She won’t let down her hair. He won’t loosen his tie.
There’s a revolver in his shoulder holster. In her bag, a small pistol.
A bellboy keeps checking in. Maybe he works for the Feds. Perhaps he does hits for the syndicate. Could be he wants another look at the dame. Maybe he’s wildly good at his job.
The moll wants to chat, and the cop wants to brood.
Ten more hours to go.

The lonely gunfighter stands at the center of the road, rifle at the ready.
He has nothing left but his code, guns and the memory of her.
He looks out to where his posse rode away.
They said they’d be back in an hour.

If only there could be someone coming, maybe coming to kill him, that would be something. He could slip off the road, maybe hide behind that boulder there, and get the jump on the bastards as they ride past.

In his left boot, a pebble squeezed itself beneath his flat arch. Anyone with flat arches knows that even a jagged stone correctly positioned can provide relief.

A coyote strides on down the road, taking no notice of the dusty, old gunfighter.

Even the coyote has somewhere to go.

The Detective hasn’t been sleeping well.
Too much late night snacking effed with his sleep cycle and did little to quiet the shame and fear that are so often his bedfellows.
He would take some Ativan if not for the glass of whiskey he drank after supper.
Those two don’t mix well.
So instead he makes a grilled cheese sandwich, like ma used to do back in Iowa, ketchup and a kosher spear on the side.
He plays a Chinese Checkers game with a long-dead French poet and loses.
He thinks on how he might collect a bill or two while he pays a bill or two.
Then he figures, no Ativan, might as well have another glass of whiskey.
Then there’s a knock on the back door. He knows who it is. Who else could it be?
The shot tore through a window, and he could feel the heat sear his shirt sleeve as it whizzed past. Bullets are hot. They don’t tell you that.
“Stop shooting!” the detective yelled, feeling immediately stupid for having done so.
No sound returned, and the detective felt queer about the situation, mostly because of the melted cheese coagulating is his gut.
“Danny?” he shouted, but again there was no reply.
The courage was summoned to take a peek outside. There was Danny Brewer, vice president of killing for the mob. From the looks of it, he’d opted for early retirement, no pension. There was a three-inch shard of glass digging a half inch tunnel into his voice box, blood turning the concrete into modern art.
“Shit, Danny, you missed,” said the detective, though he felt like a heel saying it.
The neighbor lady was out on her balcony, smoking a cigarette in a lavender nightgown. One or two times in the past the detective had caught her looking into living room with a nifty spyglass.
“Well, you like playing rough, don’t you,” she decided to say.
The full creepiness of this statement sent the detective back into the house. He sat down on the breakfast nook to call the cops, but he fell asleep dialing. 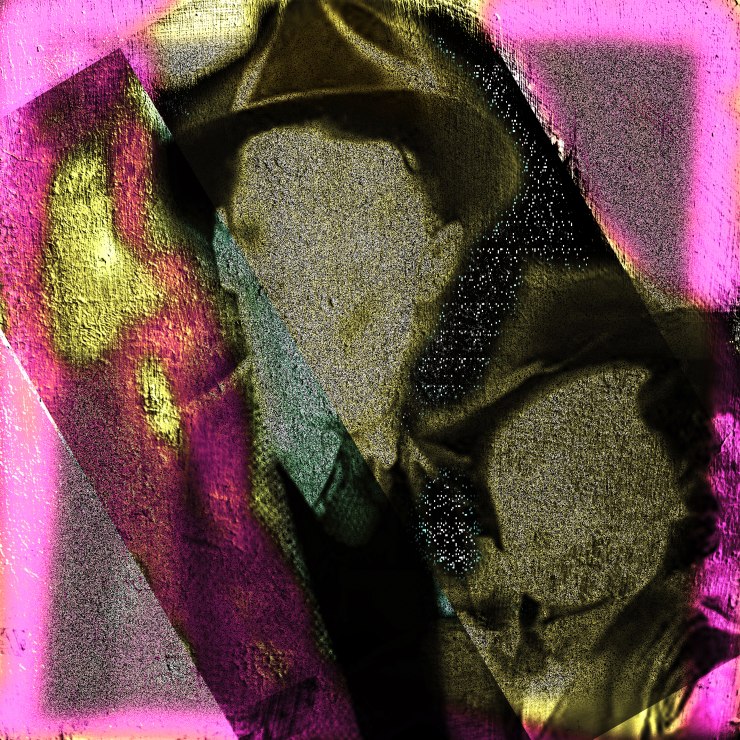 An ocean liner is not an ideal place to fix a martini, but Clark is just so very skilled. He really is terrific at fixing martinis, even away from dry land. And he looked so smart in his robe, which was what he was wearing. He sat on his bed, shaking the shaker, and I sat on mine, reviewing the dossier. Clark hated the separate beds they gave us. He thought it was off the cob and he just couldn’t believe that they didn’t have a cabin left with a big, fluffy king-size. They apologized and stated that “due to the lateness of our purchase” that this was the only room available.

“I suppose were lucky not to be in the lower decks with the riffraff,” Clark said, which was cute in the way new money men are always cute when they play at snobbery.

I just adored the two beds. It was like a movie. I always loved to imagine how one could make love in a two-bed situation. How is the first move made? Does it require bouncing?
But no romantic imaginings or impressive shaker skills could have distracted me at that moment from the business at hand which was, of course, the mystery of the American girl and the queer British family.

END_OF_DOCUMENT_TOKEN_TO_BE_REPLACED

Or more specifically my nose having been more or less busted open against a cold, oak table (was it oak? I was never good at wood). The inner contents of said nose had pooled on said oak (?) into an unusual pattern inked out in a vibrant crimson color with flecks of gray and a mournful violet. The sharp line, the organic nature of the composition, the sense of movement and stasis, predicted decades of post-war American art. Lou was an action painter, I his brush and pallet, and the table his canvas. Lou- an artist before his time. But that evening, in the hot and damp interrogation room that smelled vaguely of sauerkraut (or maybe that was Lou), we had merely a typical example of a pre-war bloodstain. Except, of course, who the hell knew this was pre-war? Or, I guess, it’s kind of always pre-war, isn’t it?

“Nothing three more martinis wouldn’t fix,” I said as I pinched out little red clumps from my damn stylish pencil-thin mustache.

I wanted a peppermint candy I’d been saving but couldn’t quite get to my pocket with my wrists in shackles. So I had to do a kind of shimmy to wriggle the candy onto the floor where I could dip down and retrieve it.

The twitchy dance steps made the giant cop chuckle and shake his head. Good old Clark. I grinned, squinted and then sneezed out a bubble of red goo. Lou handed me a used hanky. Good old Lou.

“Nothing three more martinis wouldn’t fix,” I said as I pinched out little red clumps from my damn stylish pencil-thin mustache.

“Do you know where they’re holding my wife?”
“Nobody tells me nuthin’, Clark. You know that. But, Jeez, I’m sure Mrs. Runyon is safe.”

I shrugged. I couldn’t recall the last half hour or so of the party and consequently hadn’t the foggiest what state my wife was in when they took her away. I did remember ordering the sixth gin martini for each of us, so I had a guess. Either she was a bubbly delight or a thunderous disaster. Judging from the state of my nose and the dreary condition of my confinement, I reckoned it was the thunder.

I came to a little while later.

A woman was standing opposite the table that was maybe made of oak (table and woman). She wore a distressed evening gown and a violent look. Her hair was wet and matted. The big red splotch on her green silk gown was beginning to dry. A dead fox hung lazily off her shoulders, his glassy eyes were a warning to future victims. “Look out,” he seemed to say, “this one’s a killer.”

I gave the old gal a friendly wink and a shackled wave.